We Are confronting our history and making good on a promise

Unity Park embodies the type of city Greenville aspires to be

We are committed to equity and a high quality of life for every citizen. That means preserving and protecting our natural resources and being open and welcoming to all.

For decades many of the city's least desirable features were clustered together in a bleak, swampy area with a history of neglect, environmental abuse and racial inequity.

On the land where Unity Park now stands, there was once a stockade, a dog pound, a trash incinerator and two landfills.

A police shooting range shared the only area where children from nearby neighborhoods were allowed to play. 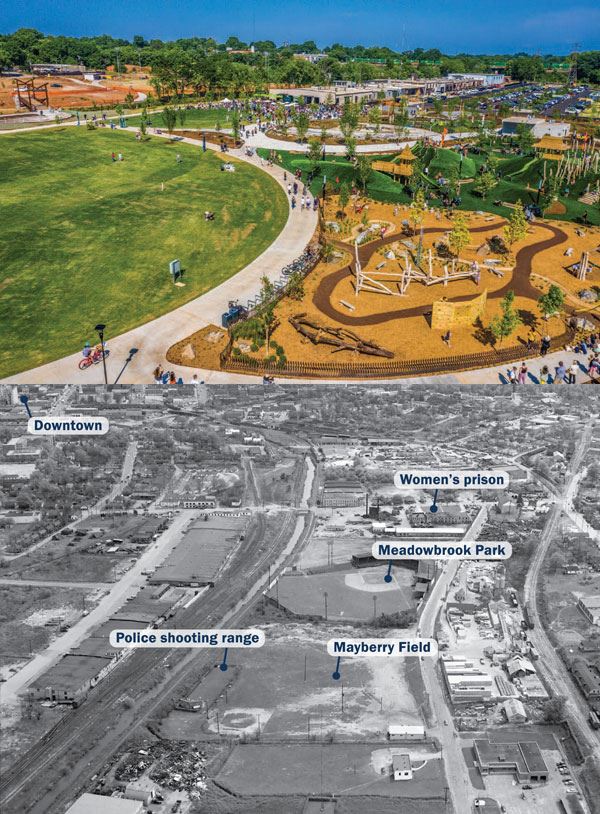 In 1927, the city built a park for Black children not allowed to play in segregated parks elsewhere in the city. The 15 acres of marshy meadowland, named Mayberry Park, included an athletic field with bleachers and a very basic playground.

Though open just six hours a day, five days a week, Mayberry Park served as the center of community life for the West Greenville and Southernside neighborhoods starting in the 1930s. 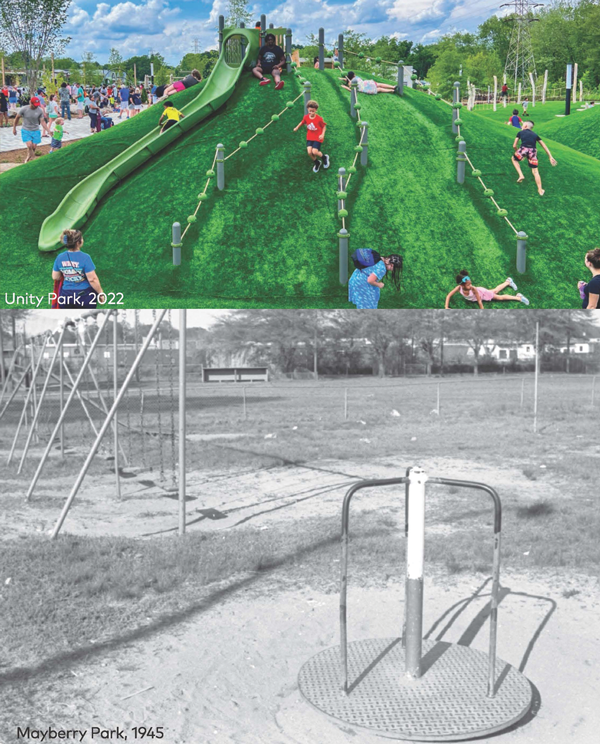 In 1907, The Municipal League of Greenville commissioned nationally-known landscape architect Harlan Kelsey to design a plan to beautify the city. Kelsey's report envisioned three city parks stretching along the Reedy River like emeralds on a necklace.

The first, Cleveland Park, opened in 1926. The second, Falls Park, was founded in 1967 and renovated in 2004. The third, now Unity Park, was called "Hudson Athletic Fields" by Harlan Kelsey, who described it as a children's playground and place for active sports.

The 2002 Reedy River Master Plan called for the construction of a new park, along with the creation of a

20-mile trail stretching from downtown Greenville to Travelers Rest. When the Swamp Rabbit Trail opened in 2010, it ran alongside industrial areas and abandoned warehouses. 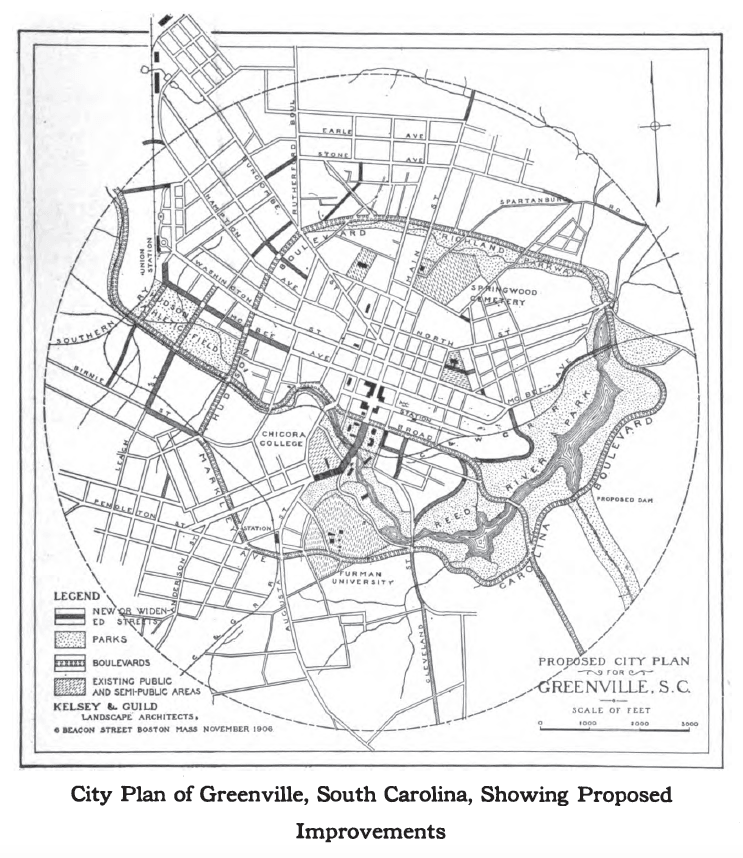 After voters approved a $110,000 bond referendum in 1924 to build Cleveland Park, the City set aside $15,000 (the equivalent of more than $200,000 in today’s dollars) to purchase 15 acres on Mayberry Street to build a park for children not allowed to play in the segregated parks elsewhere in the city. Mayberry Park opened in 1925 and a few years later, the City committed additional funds for an athletic field with bleachers and playground equipment.

Less than a decade after creating Mayberry Park, the City used a 50-foot strip of land in the park for a police shooting range. Then, in 1938, the City voted to lease half of the land inside Mayberry Park to a Baltimore businessman at no cost to build Meadowbrook Park for an all-White minor league team. More land was taken for stadium parking and to extend leftfield. 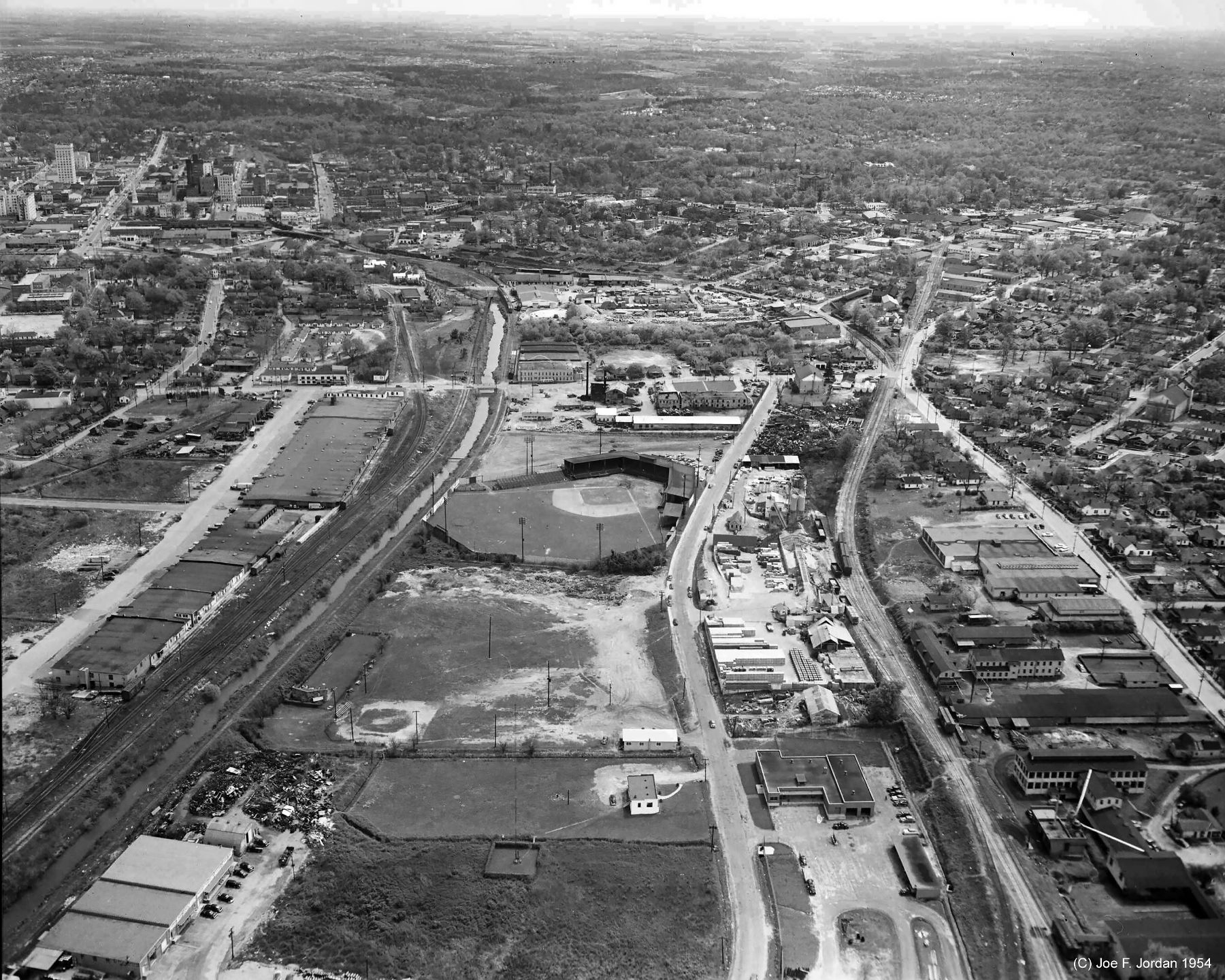 Sterling High (at right), a segregated all-Black school nearby, played football and baseball in the park and held track and field events there. In 1953, police blocked off a section of a nearby street three days a week to allow Black children to roller skate. The park was also home to Black Arbor Day events and the City constructed a small community center where dances were held. Mayberry Park remained long after public parks were integrated in the 1960s and outlived Meadowbrook Park, which burned to the ground in 1972. 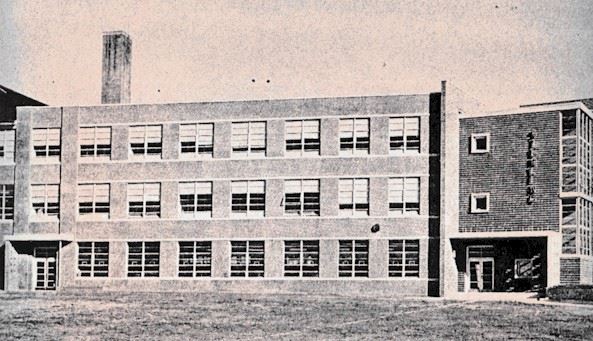 Master Plan Brings Attention to Near West Side

In 2002, the Reedy River Master Plan, compiled by Clemson University, called for the construction of a new park in this area, along with the creation of a 20-mile trail stretching from downtown Greenville to Travelers Rest. The Swamp Rabbit Trail opened in 2010, bringing hundreds of thousands of walkers, runners and cyclists through the area annually and introducing them to a part of town few previously knew existed. 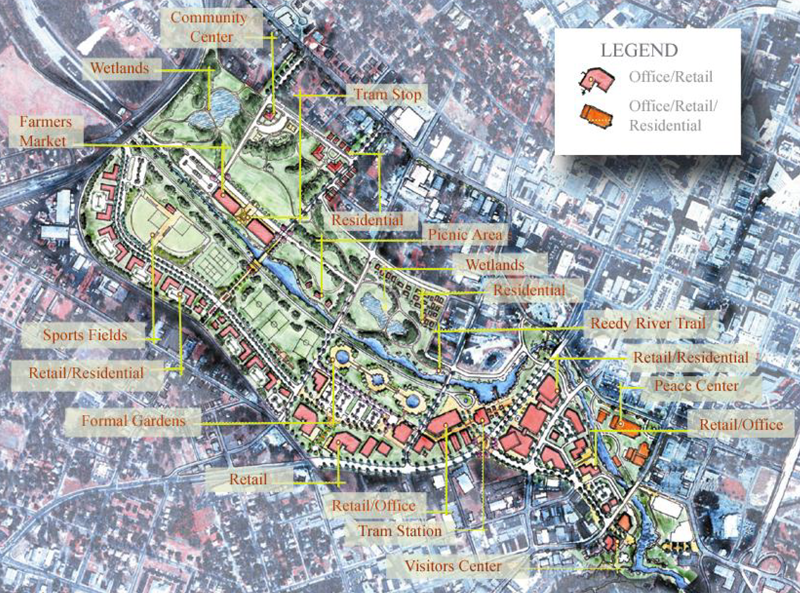 A Place of Unity

Today, this area has become a place of unity. The 60-acre Unity Park pays homage to the legacies of the neighborhoods surrounding it and the people who brought us to where we are today. Areas of the park are named Mayberry Field and Meadowbrook Green in honor of the rich history of Mayberry and Meadowbrook parks. Nearby land owned by the City has been set aside for affordable housing, serving as a bulwark against the pressures of gentrification already impacting this area. 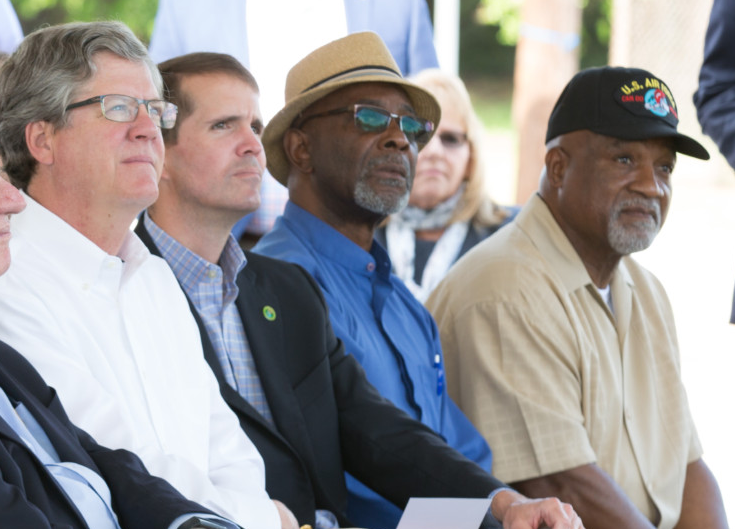 "What a beautiful picture this is. I'm convinced this is what heaven is going to look like when we all come together. "